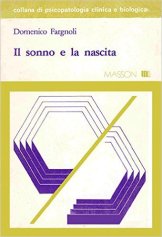 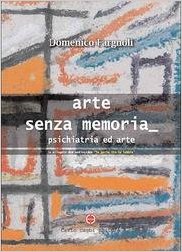 Aristotle believed, as stated in the “Poetics” that the imitative tendency was not only inherent in the human being, but that could also explain the attitude of artistic and poetic. This idea has been variously taken up in the story: towards the end of the nineteenth century it was thought that the basis of emotional contagion that characterized the crowds was just the phenomenon of imitation that psychiatry was discovered to be fundamental in the manifestations of hysteria. Eugen Breuler who in 1913 coined the term schizophrenia argued that the latter can be found in all  symptoms, and then all the features of hysteria.<<No  neurasthenic or hysterical symptom is unrelated to schizophrenia-wrote->It is clear, however, that schizophrenia and hysteria are two different diseases both by gravity and the nature of the core generator on the plane of psychopathology. In schizophrenia there is a severe loss of the sense of personal identity and image due to the drive of cancellation, resulting in a terrifying mutation in relationship to the whole world. The themes of hysteria are classically been mostly confined to the field of sexuality and therefore limited to the dynamics of denial and conversion phenomena. Although it remains “vexata questio” if the first cases of hysteria described somewhere between eighteenth and nineteenth century  were  not in fact forms of schizophrenia.When we speak of induction by the media in search of sensational reports of criminal behavior such as the mass shootings  we allude to a form of infection, which might have characteristics based on imitation  being hysterical.This does not contradict the fact that many shooters are schizophrenics in which issues more typically schizophrenic can live or undergo a kind of hysterical symptoms. In accordance with one of the basic diagnostic criteria of Jaspers we can say, however, that when hysteria and schizophrenia coexist diagnosis will be linked to more severe psychopathological level.We must not make the mistake of mannerism schizophrenic with imitation.In Mannerism there is a total loss of affection  and a theatricality absurd and empty that does not have a purpose or intention of communication  or relationship that  is instead present, although at levels more or less superficial in imitating.

Recently in the book “I know what you are doing” (2006)  Corrado Sinigaglia  and Giacomo Rizzolati have proposed a new theory of imitation: they argue that the basis of imitative processes there would be a mirror neuron system. Apart from the discussion in the world of neuroscience as to whether such a system is present or not in humans, is a different story if the learning of new motor patterns and communication can be understood as “imitation.”
The formation of the inner image, dream and not dream of great importance in the preverbal communication in the first year of life,  can hardly be regarded simply as an imitation, since it is present in the fantasy that is a processing and recreation staff.
Are also highly speculative thesis that attempt to explain a complex phenomenon such as autism with a functioning mirror neuron deficit, which should allow empathy and sharing emotions.

Tom Chivers is the Telegraph’s assistant comment editor. He writes mainly on science. Not a poet – that’s the other Tom Chivers. Read older posts by Tom here.

I’ve been liveblogging the horrifying events in Norway for the last few days. It’s been harrowing and deeply, deeply sad. A man – whether amadman or a coldly sane fanatic is not yet clear – has murdered 76 people, mostly teenagers, for the crime of living in a country that allows immigration. These events have presented something of a moral dilemma for me.Of course, we have to cover the news. And it would be remiss of us not to report the actions of the killer (I’m going to follow Charlie Brooker’s excellent example and not name him) who has perpetrated the worst act of terrorism on European soil since 2004. But the evidence seems to suggest that the more you cover these actions, the more likely it is that people will emulate them.A study in 2004 looked into the coverage of the suicide by gun of an Austrian celebrity. The largest Austrian newspaper, the Kronen Zeitung, sells widely in the eastern states of the country, but sells little in the west. It reported the suicide closely, while other newspapers gave it little attention. The study, by researchers at Furtbach Hospital for Psychiatry and Psychotherapy, found that the number of firearm suicides went up in the areas where the Kronen Zeitung sells well, but not in the areas where it does not.A more wide-ranging study in 2009, also in Austria, found again that wide reporting of suicides was linked to an increase in similar types of suicide. Another study in Germany found similar results, “consistent with the assumption of imitative effects”.That’s suicides, of course. Is there any evidence to suggest that the reporting of mass killings increases the likelihood of imitation attacks? Dr Park Deitz, a leading US criminal psychiatrist, says so – he famously lectured Newsnight on the need to reduce the sensationalism of coverage if they wanted to prevent copycat killings after the Winnenden, Germany secondary school massacre in 2009, in which 15 people were killed by a 17-year-old gunman.He told The Independent: “Here’s my hypothesis. Saturation-level news coverage of mass murder causes, on average, one more mass murder in the next two weeks. It’s not that the news coverage made the person paranoid, or armed, or suicidally depressed, but you’ve got to imagine this small number of people sitting at home, with guns on their lap and a hit list in their mind. They feel willing to die.”When they watch the coverage of a school shooting or a workplace mass murder, it only takes one or two of them to say – ‘that guy is just like me, that’s the solution to my problem, that’s what I’ll do tomorrow’. The point is that the media coverage moves them a little closer to the action. Is that causation? Legally, maybe not. Epidemiologically, yes.” But I’ve been unable to find research that backs his claim.That said, it seems reasonable to assume that there is a link between media coverage of a killing and the likelihood of copycats. Certainly in every other walk of life, that seems to be the case: people play more sport when that sport is televised, they buy more cigarettes when cigarettes are advertised.So what should news outlets do? I honestly don’t know. Should we simply not report major events? Obviously not. Should we assume a tone of constant denigration, calling the killer a loser and a failure, in the hope that it puts others off? Fine for opinion writers, not really okay in reporting.As I say, it’s a dilemma. We need to cover the news, but it is a horrible thought that we might be encouraging other deranged or evil individuals to kill. All, I think, that we can do is avoid sensationalism, as hard as that is to do in a story as – frankly – sensational as the Norwegian horrors. I hope I – we – have managed to do so.